Interview : Tridha Chowdary- Nikhil was so helpful during the shoot
Published on Mar 6, 2015 6:38 pm IST 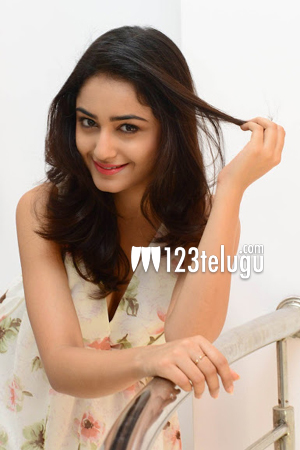 Young heroine, Tridha Chowdary has impressed one and all with her decent performance in Surya vs Surya. The film has opened to positive reviews all over, and on this occasion we caught up with Tridha for a brief interview. Let’s see what she has to say.

I reached the finals of a beauty pageant named ‘Clean n Clear’. With that fame, I did a few Ad’s and my director Karthik saw me in one of the videos and roped me for the role.

Q) What kind of preparation went in for your role ?

Firstly, I should thank my director Karthik for giving me a performance oriented role in my first film. I play a TV anchor in the film and my role needed a lot of confidence. Initially, I struggled but with Karthik’s help I got it right.

Q) How was it working with Nikhil ?

Nikhil is such a nice person who was hugely helpful during the shoot. He explained me every scene and made me feel very confident in front of the camera.

Q) How has the Tollywood working experience been ?

Oh ! it has been wonderful. The audience have welcomed me with open arms, and I am so looking forward to do more commercial films in Tollywood.

Q) Are you interested in doing out and out glamorous roles ?

Why not ! An actress should not limit herself and do any role that comes her way. I am open to glamorous roles and would even don a bikini if required.

I have a lot of offers coming in and will decide on them soon. As of now, I have a Bengali film on floors.