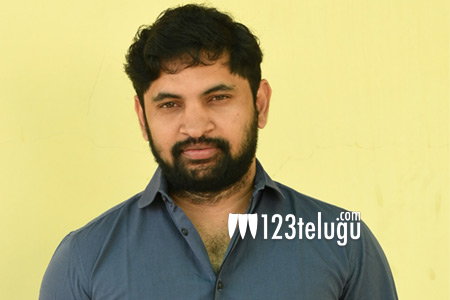 Post the below average success of Dongata, director Vamsi Krishna is back with yet another fun film Kittu Unnadu Jagartha. On the eve of the film’s release, we caught with him for a brief interview. Here is the transcript.

I am from Chennai and my dad is a small time producer. After my education, I assisted editor Srikar Prasad and then I became an executive producer and worked for films like Gundello Godari, Denikaina Ready. Once I decided to become a filmmaker, I even assisted Gautam Menon.

One of the basic highlights apart from the huge entertainment is the racy screenplay. I am very confident that my film will never bore you as something or the other will be happening on screen throughout.

What’s new about Raj Tharun in your film?

In all his previous films, Raj Tharun had a mass body language and dialogues. But in KUJ, he will be seen in quite a class way which will impress the audience completely.

Dealing with dogs during the shoot?

The entire film is based on the kidnapping of dogs. Frankly speaking, we had a tough time shooting with them. We always used to be ready with different cameras to capture their reactions. The comedy generated through these dogs will be hilarious.

I have narrated a couple of scripts to Anil Sunkara and he has liked them very much. Everything will be decided depending on the response of KUJ.