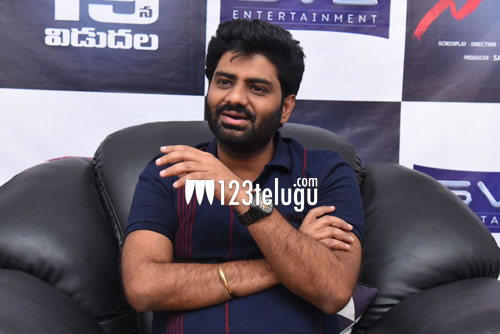 Allari Naresh is ready with yet another film called Naandhi. The film will be out this Friday and on this occasion, we caught up with the film’s director Vijay Kankamedala for a detailed interview. Here is the transcript.

How did this story come up in the first place?

This story is written by my friend Venkat. He happened to read one article in the US about a man getting jailed for no fault of his. Taking that as an inspiration, he developed the story of Naandhi.

Was Allari Naresh always on your mind for such a serious role?

Yes, when the scripting was going on, Maharshi released and we thought Naresh would do it better. Although he is known for his comedy, when it comes to serious roles, people love him. So, he is an apt person for this film I feel.

Don’t you think you are taking a risk with Naandhi?

I have already written so many good scripts and took them to several producers. But none of them worked out for me. So, I thought to write something different and worked on Naandhi. I feel that the audience has changed and will welcome content-based films.

I am from Bhadrachalam and did my BSC Computers in Hyderabad. I joined as an assistant director for Navdeep’s Modati Cinema and then assisted Harish Shankar for the longest time and finally, I am here with the film.

Why Varalakshmi a lawyer and what kind of research went into the film?

As I had Naresh in my mind, the same way, I wanted Varalakshmi to play the lawyer. After Naresh okaying the film, we met people like J D Lakshmi Narayana and several lawyers to know the details of various cases that would help our film.

He has gone all out in the making and gave everything for the film. The nude scene in the film is also being spoken about a lot and the manner in which he showcased the emotions is quite good. He will shock you with his outbursts in the film.