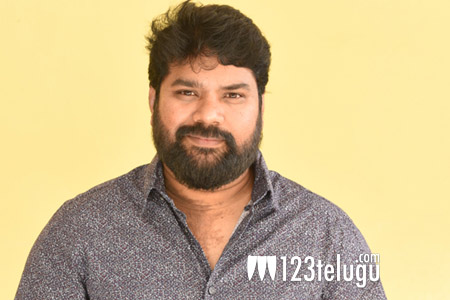 Ravi Teja’s upcoming action entertainer, Touch Chesi Chudu, is carrying a decent buzz in the trade circles. Directed by debutant Vikram Sirikonda, the film is scheduled for a February 2nd release. On the occasion, we had a brief interview with Vikram. Here is the transcript.

I was born and brought up in Hyderabad and pursued my Mechanical engineering in Bangalore. As I was a huge film freak, I entered the industry and assisted Vinayak in Tagore. Later, I turned writer with Konchem Ishtam Konchem Kashtam and worked for a couple of films and am finally here with my first film.

Q) What is Touch Chesi Chudu all about?

The film mainly deals with the concept of balancing life which we have narrated through good entertainment and action. Though the core story is given by Vakkantam Vamsi, I adopted it and made necessary changes.

Q) Tell us about your hero Ravi Teja?

I had a good rapport with him since Mirapakay days. After listening to the story, he immediately asked me to go ahead with the film. With his support only, I completed the whole film in ninety-six working days.

They both have got very strong characters in my film. I’m satisfied with their performance and they will surely impress everyone too.

I always wanted to have a very fresh sounding in the film. Keeping this in mind, I approached him and he has given some very good music.

Q) Tell us about producers?

I have been traveling with Bujji since Lakshmi. He is the one who suggested me to adopt the story given by Vakantam Vamsi and direct it. Yet another producer Vallabhaneni Vamsi is also a cool human being.

As of now, I’m totally focused and busy with Touch Chesi Chudu’s promotions. Once the film releases, I will start working on other scripts.