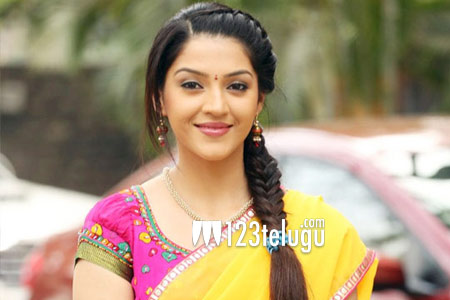 Young Punjabi beauty Mehreen made an impressive debut with Nani’s Krishnagadi Veera Prema Gaadha last year. The actress went on to sign back-to-back projects in Telugu and even made her debut in Tamil and Bollywood.

Currently, Mehreen is busy shooting for 4 films in Telugu, including Ravi Teja’s Raja The Great, Sai Dharam Tej’s Jawaan, Sharawanand and Maruthi’s film, and the Telugu-Tamil bilingual starring Sundeep Kishan. Going by this, Mehreen surely seems to be having a busy 2017.

The actress is quite happy with the way her career is shaping up and is thankful to her audience for their support. Mehreen has also trashed the ongoing rumors about her backing out of a few Telugu projects due to dates issues and clarified that she was only in talks ​with the makers of those films and never signed them.