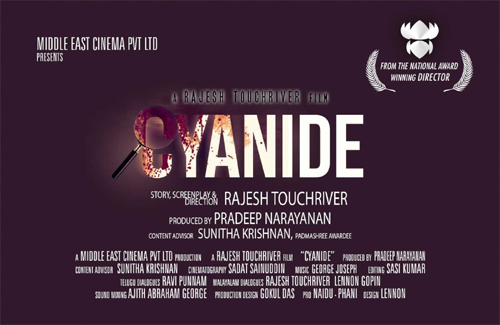 The sensational case of the notorious criminal Cyanide Mohan, a Physical Education Instructor, who murdered 20 young women by administering cyanide, is being made into a film now.

The film is being made by the national and international award-winning director Rajesh Touchriver. Mohan’s modus operandi was to feign love, attract young women, and get into physical relationships with them in various hotel rooms in Karnataka, and then murder them by administering cyanide in the name of contraceptive pills and get away with their gold ornaments.

The film is being produced under the banner of Middle East Cinema P Ltd, by NRI Industrialist Pradeep Narayanan. It will be made in Telugu, Hindi, and Malayalam at the same time and the cast will be leading actors from Telugu, Malayalam, Tamil, Hindi, and Kannada Industry.