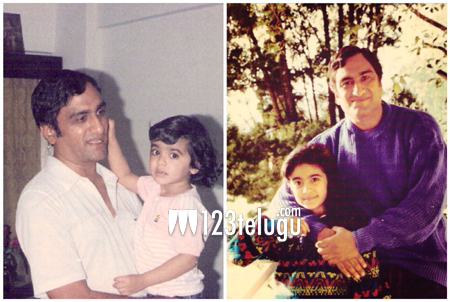 Tollywood young actress Adah Sharma suffered a personal loss today. Her father Captain S.L Sharma passed away on Saturday after a sudden heart stroke. The actress is the only child and lives with her parents and sources say that she is very close to her father. Adah Sharma has tweeted, “My father passed away of a sudden HeartAttack yesterday.But I guess that’s how death works. Gives us no hints.love you papa.”

Adah Sharma, who made her Tollywood debut with Puri’s ‘Heartattack’ has become a most sought after actress in very less time and she is currently busy shooting for Trivikram – Bunny film. 123telugu.com is saddened by this news and extends its condolences to Adah Sharma’s family.