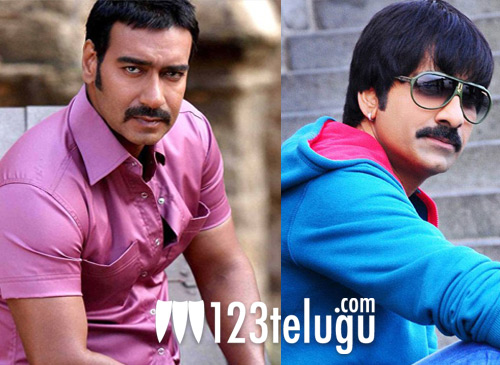 Ajay Devgan is in love with South Indian Cinema. He has achieved the biggest hit of his career with Singham, which is a remake of Surya’s Tamil blockbuster. Sources say that he is now all set to remake another south blockbuster. The film in focus is Ravi Teja’s ‘Mirapakai’. Ajay Devgan is reportedly highly impressed with the film and talks are at an advanced stage over this project. Harish Shankar will most likely be retained as the director for the movie.

The movie was earlier planned with Akshay Kumar but the project did not materialize. ‘Mirapakai’ was produced in Telugu by Ramesh Puppala and the film had Deeksha Seth and Richa Gangopadhyay as the female leads. An official announcement regarding the same is expected soon.