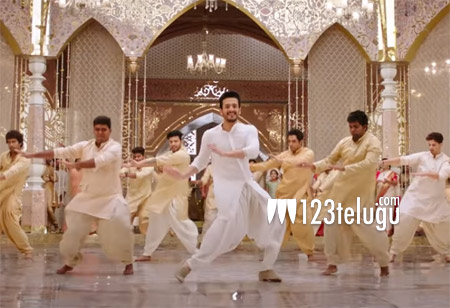 Handsome young Akkineni lad Akhil made his acting debut with Akhil in 2015. Even though the film couldn’t live up to the expectations, Akhil impressed everyone with his screen presence and ease in dance. Now, it looks like the young star has done it yet again in his upcoming film, Hello.

The makers of Hello have unveiled the film’s wedding song promo this afternoon. The song was vibrant and visually grand, and Akhil’s effortless dance moves have become a talking point among the Akkineni fans. Needless to say that this positive buzz has catapulted the hype around the film to the next level.

Debut heroine Kalyani Priyadarshan looks beautiful and shows her gracious moves in the song promo. Directed by the maverick Vikram Kumar, Hello has been produced under Annapurna Studios and Manam Enterprises banners. The film is slated to hit the screens on December 22.