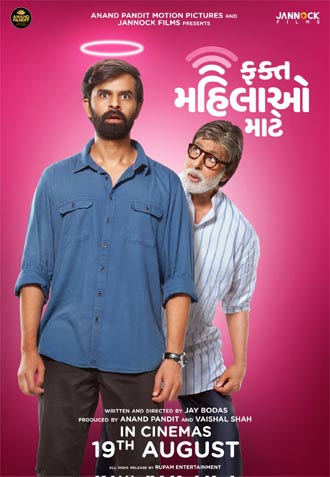 Legendary actor Amitabh Bachchan recently entertained audiences with his performances in Jhund and Runway 34. He is currently shooting for Prabhas’s Project K and is also playing a role in the Kannada remake of Queen. It is already a known fact that Amitabh is going to make his Gujarati debut with the film ‘Fakt Mahilao Maate’.

Now the news is that this film will be hitting the big screens on August 19th, 2022. It is written and directed by Jay Bodas. The iconic actor will play a special character in the film which will have Yash Soni and Deeksha Joshi in the lead roles.

The project is produced jointly by Anand Pandit and Vaishal Shah under Anand Pandit Motion Pictures and Jannock Films banners. The film is all about a middle-class man who gets troubled constantly by women present in his life.

'FAKT MAHILAO MAATE' ARRIVES ON 19 AUG 2022… #Gujarati film #FaktMahilaoMaate – starring #YashSoni – to release on 19 Aug 2022… #AmitabhBachchan – who features in a special guest appearance – is, for the first time, portraying a character in a #Gujarati film. pic.twitter.com/Yrqftu1FEu