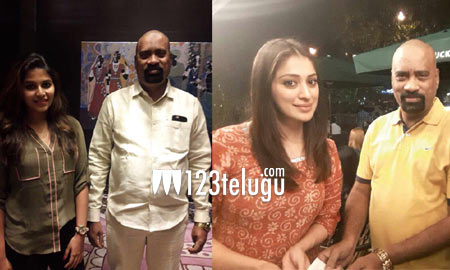 Actresses Anjali and Raai Lakshmi have teamed up for a Telugu-Tamil bilingual thriller. This as-yet-untitled movie will be directed by Karri Balaji who recently directed the socio-fantasy thriller, Rayala Haaram. Guntur Talkies producer Rajkumar will bankroll the movie. The regular shooting will kick-start soon.

Meanwhile, Anjali is awaiting the release of the bilingual horror thriller, Balloon. The film releases on December 29. On the other hand, Raai Lakshmi recently made her full-length Bollywood debut with Julie 2. The film, however, failed to set the cash registers ringing.