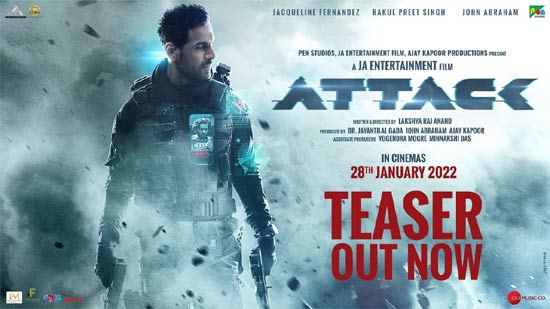 The teaser of the Bollywood movie, Attack starring John Abraham in the lead role has been released today.

The action-packed teaser showcases John as an AI-powered Indian super-soldier who is battling the enemies in the nation.

The teaser is very impressive and is already gaining a wonderful response. Written and directed by Lakshya Raj Anand, the movie has Rakul Preet Singh and Jacqueline Fernandez as the female leads.

The action-thriller is gearing up to release in theaters on January 28, 2022.