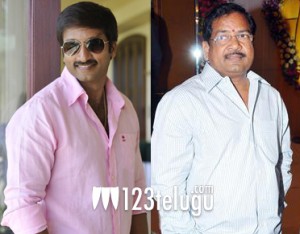 Macho hero Gopichand’s movie with Nayanatara has been on hold for a while after director Bhoopathi Pandian walked out of the project. The latest buzz is that veteran director B.Gopal has taken over project. The film’s story will now be altered substantially and work is currently going on in this area.

The film is being produced by Ramesh Tandra. The film will go back on to the floors from mid April. Gopichand has been going without a hit for a while and this movie will be very crucial for him.