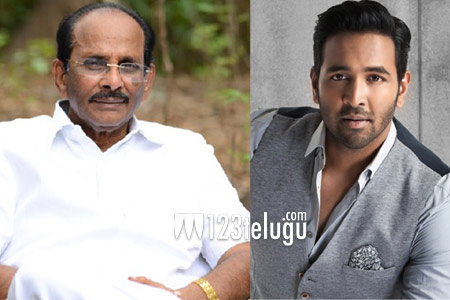 Senior writer V Vijayendra Prasad, who has earned nationwide acclaim with the Baahubali franchise and Salman Khan’s Bajrangi Bhaijaan, is all set to pen a love story for Vishnu Manchu. The news was revealed by Vishnu himself during a recent interview while promoting his upcoming film, Gayatri.

Interestingly, this film will be a love story between an Indian boy and a Pakistani girl. However, Vishnu has clarified that Vijayendra Prasad will only pen the script and that a director will be zeroed in on very soon. The project is still in initial stages.

It’s well-known that the Baahubali writer’s Bajrangi Bhaijaan was about an Indian man helping a Pakistani girl find her home. Stay tuned for more updates regarding this project.