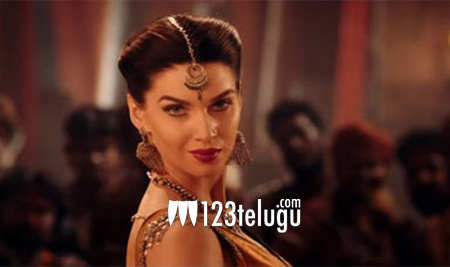 Scarlett Wilson, who was last seen in the song Manohari from Baahubali, will soon be seen in Karthi’s upcoming film Dheeran Adhigaram Ondru. Directed by H Vinoth, the film has Karthi and Rakul in lead roles.

In the past, Scarlett had appeared in item numbers in films like Yevadu, Cameraman Ganga Tho Rambabu, Jilla among several other films. She’ll return to Tamil cinema after a gap of three years and the dancer says she was quite excited to work with Brinda master, who choreographed the song. The item number was shot near Jaisalmer last month.

Meanwhile, Karthi, who was recently seen in Cheliyaa, is going to continue shooting for this film in which he’s playing a police officer. After this, he’ll start shooting for Prabhudeva’s Karuppu Raja Vella Raja which also stars Vishal and Sayyeshaa.