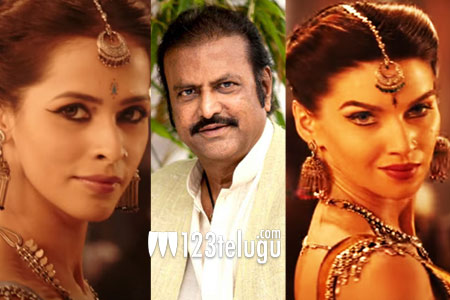 Madhu Sneha and Scarlett Wilson, who sizzled on screen in the screen ‘Manohari’ in Prabhas’ Baahubali, have teamed up once again for another special song. The duo will soon be seen in a romantic song in Mohan Babu’s upcoming film Gayatri, which is being directed by Madan.

According to sources close to the film, the makers were keen to rope in the two actresses since the feel and choreography of the song are similar to that in ‘Manohari’ song. “It’s a sensuous song that was shot on Mohan Babu, and both Madhu and Scarlett have done a great job,” a source said. The song was recently shot at a specially erected set in Tirupathi.

SS Thaman is scoring the music for this film. More details are awaited.