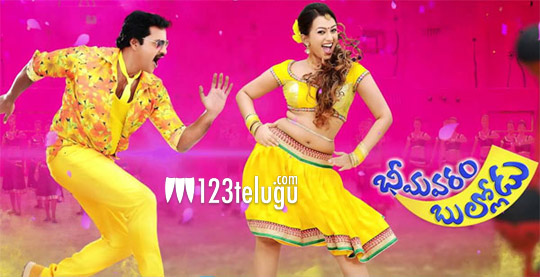 Hero Sunil’s ‘Bheemavaram Bullodu’ was supposed to come on February 14th, but its release has been delayed due to the bandh in Seemandhra area. Daggubati Suresh Babu is the producer of this movie and he did not want to take a risk with the release date. Now, we are hearing that the film is being readied for a release in the last week of February.

An official confirmation is expected soon in this matter. Esther is the heroine in this movie and Uday Shankar is the director. The film is a comedy entertainer, with Sunil playing the role of a gullible young fellow who comes to Hyderabad and picks a quarrel with local goondas.

Sunil has publicly expressed his optimism about the film on a number of occasions.