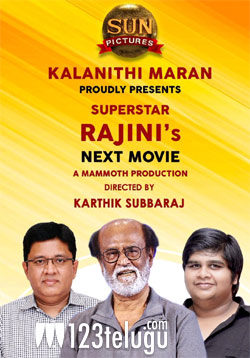 2018 is becoming quite an eventful year for Super Star Rajinikanth and his fans. The actor has two highly-anticipated movies, Kaala and 2.0, gearing up for release this year. The Thalaivar will also step into politics and will launch his political party very soon.

There were several speculations that Rajini may quit acting to pursue a full-time career in politics. But in a big surprise, Rajini has signed his next film. Acclaimed young filmmaker Karthik Subbaraj of Pizza and Jigarthanda fame will direct the movie. Leading production house Sun Pictures will bankroll this exciting project. More details about the film are awaited.