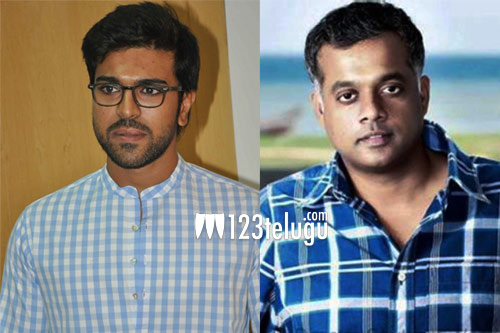 123telugu had already reported that Mega power star Ram Charan might be doing a bilingual film in the direction by Gautham Menon in 2015. Latest update is that Charan has okayed the script narrated by Gautam and the project will surely go ahead.

Though other details as largely unknown, but this move of Ram Charan clearly indicates his intentions of breaking away from the mass hero mold, and exploring new horizons. Gautham Menon is known for his simple yet cute romantic love stories like Surya s/o Krishnnan, Ye maaya chesave etc. He is right now busy working with Ajith for an untitled project.