Chay-Samantha’s film to flag off on their marriage anniversary
Published on Sep 12, 2018 10:07 am IST 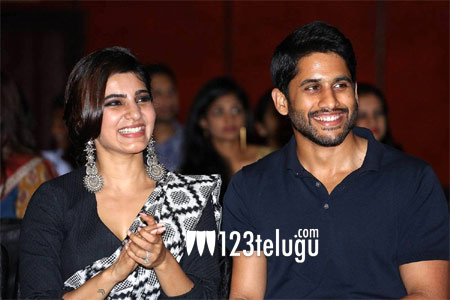 For the fourth time, Naga Chaitanya and his wife Samantha will be teaming up with each other for a film to be directed by Shiva Nirvana. This will be Chay-Samantha’s first film after marriage. The film’s story showcases the ups and lows in a newly wed couple’s lives.

In a latest interview while promoting her upcoming film, U-Turn, Samantha revealed that her film with Chay will begin on the 6th of October. “Our new film will go on the floors from October 6th, which is our marriage anniversary. I consider this as my first anniversary gift,” said a beaming Samantha.

Hindi TV actress Divyansha Kaushik is playing a key role in this as-yet-untitled movie. Sahu Garapati and Harish Peddi will be jointly bankrolling the project under Shine Screens banner. Gopi Sundar will score the soundtrack.