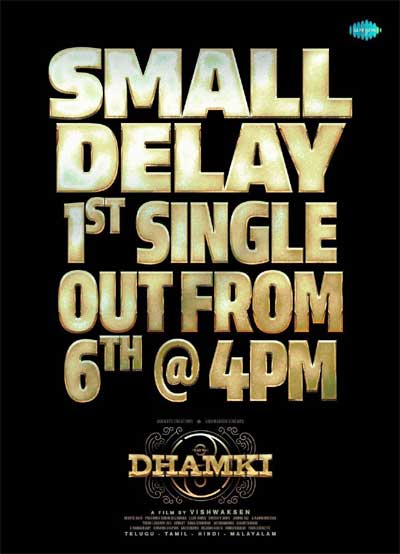 The latest update is that Vishwak Sen announced that the release of the first song, Almost Padipoyinde Pilla, will be delayed by a day. Originally, the song is scheduled to be out this evening but due to some unforeseen issues, the song will be out soon.

The trailer released a few days ago rocketed up expectations on the movie. Rao Ramesh, Hyper Aadi and Prithviraj played significant roles in this movie, produced by Karate Raju under Vanmaye Creations and Vishwaksen Cinemas banners. Having Leon James as the composer, the pan-Indian flick is already locked to hit the screens on February 17, 2023.