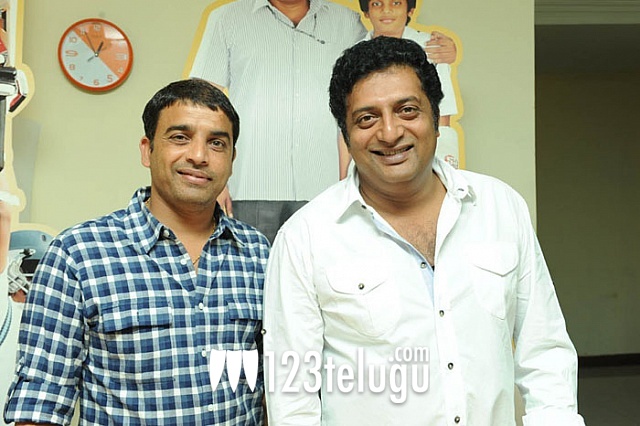 Versatile and immensely talented actor Prakash Raj has directed and produced the movie ‘Dhoni’, which is all set for a release in Andhra Pradesh on Feb 10th. Speaking about the movie at a press meet held today, Prakash Raj said that Dhoni is a proper commercial movie and not an offbeat or art-house picture. ” Dhoni is 100 % commercial cinema. I have always wanted to portray the difference in thinking between kids and parents. With Dhoni, I got my chance. While I was narrating the story to Puri Jagan, his son Akash heard the story and wanted to act in the film. Thats how Dhoni happened”, says Prakash Raj.

Prakash Raj also said that Ilayaraja’s music is a major plus for the movie. ” I consider it an honour to have Ilayaraja’s music for my movie”. The movie’s distribution rights in Telugu have been picked up by Dil Raju and he is extremely confident that the movie will turn out to be a memorable film for Sri Venkateswara Pictures.