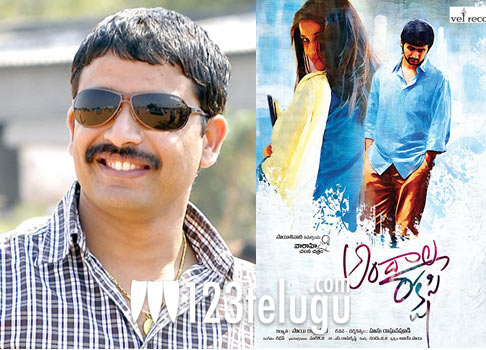 Hanu Raghavapudi’s debut film Andhala Rakshasi seems to have impressed quite a lot of people in the industry. Sai Korrapati, the producer of Eega, has also produced this film. Ever since the film’s audio was launched, several distributors had come forward to buy the rights of the film. The latest buzz is that prominent producer Dil Raju has bought the entire distribution rights of the film for a sum of around Rs 3.75 crores. Considering that the film has newcomers, this is a very good amount on the sale of just the distribution rights. The film stars Naveen Chandra, Rahul Ravindran and Lavanya Tripathi in lead roles. Murali G is the cinematographer and Radhan has composed the music. The film is said to be a triangular love story set in 1991. Andhala Rakshasi is expected to hit the screens later this month.