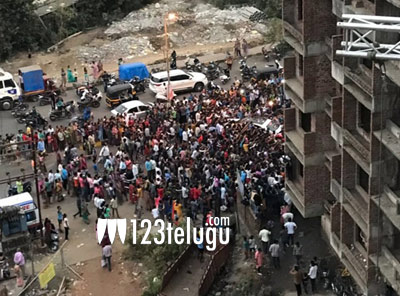 It is a known fact that Akkineni Nagarjuna is shooting for his film Officer in Mumbai for quite some time now. The latest we hear is that hundreds of Nag fans thronged the location earlier today in Mumbai.

The security had a tough time controlling the crowd. Nag is a famous fac in India and has done several films in Hindi. He is doing a film in the direction of RGV after a long time and there is a superb buzz for this film.

The film is a hard-hitting police drama which also has Ajay in a lead role.