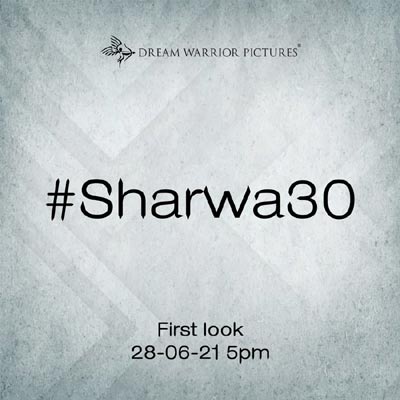 Hero Sharwanand and talented young actress Ritu Varma will be seen sharing screen space in an as-yet-untitled family drama soon. Sharwa took to Twitter this evening and announced that the film’s first look poster will be out on the 28th of June at 5 PM.

This film marks Sharwa’s 30th outing and it is being made as a Tamil-Telugu bilingual. Amala Akkineni plays a crucial role in the movie. Apparently, the mother-son sentiment will be a major highlight in the movie. The film also marks Amala Akkineni’s Kollywood comeback after 30 years. Directed by Shree Karthick, the film is bankrolled by SR Prabhu under Dream Warrior Pictures.