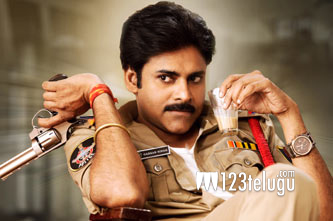 Power Star Pawan Kalyan’s ‘Gabbar Singh 2’ is very much on the cards and there is no truth in recent rumours that project has been stopped. Pawan Kalyan has personally worked on the script and shooting will start in October.

Right now Pawan is devoting time to Gopala Gopala and that is the reason for Gabbar Singh’s delay. GS2 will have Pawan in the role of a powerful but humorous police officer and fans are eagerly waiting for the movie.

Sharath Marar will produce this big budget film on a lavish scale.