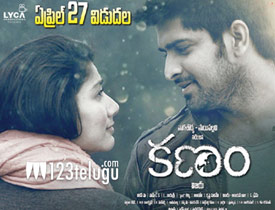 Sai Pallavi has become a huge star all over the south. After a long time, she made her Tamil debut with the film Diya which has released this Friday all over Tamil Nadu.

Diya has managed to impress the Tamil audience quite a lot. More than the Telugu version Kanam, the reviews and word of mouth for the Tamil version is good all over the state of Tamil Nadu.

Sai Pallavi plays a mother of a five-year-old girl in this film which also has Naga Shourya as the main lead. AL Vijay directs this film.