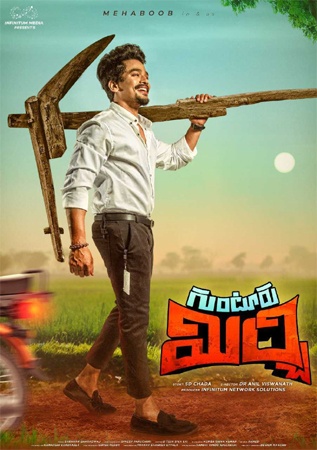 It is a known fact that Bigg Boss fame, Mehboob Dil Se is doing a web series called Guntur Mirchi. The teaser of the show was revealed today and it looks decent.

Mehboob Dil Se is showcased in the best way possible and in a massy manner. The young actor has been shown as the Guntur guy who gets stuck in family problems and uses his antics to get out of them.

Apart from Mehboob, the action part in the show looks good. The series is directed by Anil Vishwanath. Pranavi Manukonda & Rittika Chakraborty will be seen as main leads. For now, Mehboob has got the best launch as the hero and we need to see how he holds on to it.