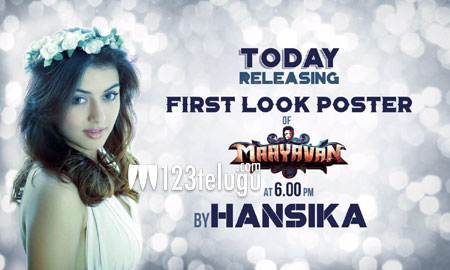 It is a known fact that Sundeep Kishan will next be seen in a Tamil film titled Maayavan. Latest update reveals that the makers have roped in star actress Hansika to launch the first look of the film which will be unveiled this evening.