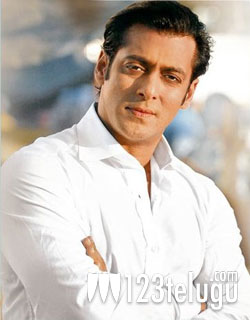 Salman Khan is one guy who has seen it all. Super highs and super lows and everything else in between. This handsome hunk turns 46 today. Born to a Muslim father and Hindu Marathi mother, Salman Khan grew up in Gwalior for a few years before shifting to Mumbai. Salman Khan made his acting debut in ‘Biwi Ho To Aisi’, but his biggest break came with his next film ‘ Maine Pyaar Kiya’. The movie took India by storm and catapulted Salman into super-stardom overnight.

Salman has worked in more than 80 films to date and he has starred in some of Bollywood’s highest all time grossers. Among the most handsome men in India, Salman Khan is famous for his muscular physique and his notorious penchant for exposing his torso. Some of his iconic hits include ‘Maine Pyar Kiya’, ‘Hum Aapke Hain Kaun’, ‘Saajan’, ‘Karan Arjun’, ‘Wanted’ , ‘Dabangg’, ‘Bodyguard’ etc.