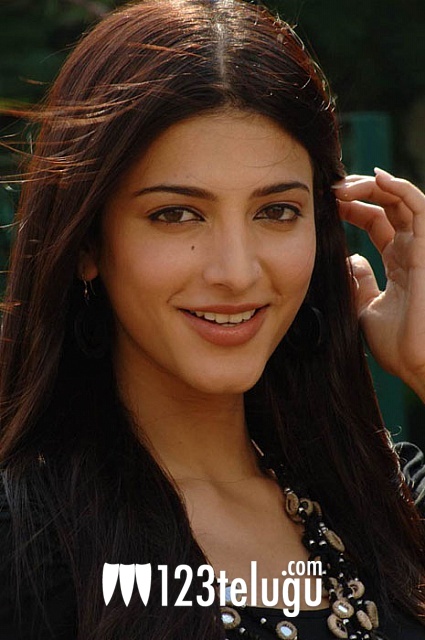 Shruti Haasan is celebrating her birthday today and it’s turning out to be a special year for her. She’s currently in Mumbai to spend quality time with her mother and sister. This year, she has two big ticket films in Telugu and Tamil – Gabbar Singh and 3, lined up for release and both the films are making a lot of buzz. Last year, she made her debut in Telugu in Prakash Kovelamudi’s Ananganaga O Dheerudu and later scored a hit with O My Friend.

With Harish Shankar’s Gabbar Singh where she’s playing the village belle set for release in April, it might be her ticket to stardom in Telugu. She’s romancing Powestar Pawan Kalyan in this film. On the other hand, her upcoming Tamil film 3 with Dhanush has become a sensation already, thanks to the hit song, Kolaveri Di.