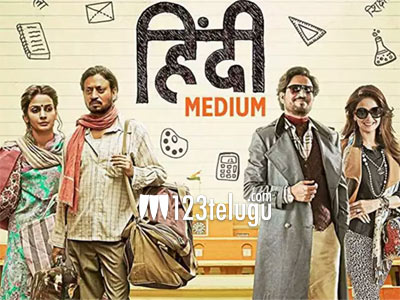 Ever since Aamir Khan’s Dangal ended up as a historic blockbuster by grossing over Rs 1,000 crores, there has been a huge craze for Indian movies in China. After Secret Superstar and Bajrangi Bhaijaan, the latest Indian film to wow the Chinese audience and collect huge in China is Irrfan Khan’s Hindi Medium.

Hindi Medium released across China on April 4. Until Saturday, the film collected $28.20 million (Rs 184.06 crores). Hindi Medium is still going strong over the weekends and the Rs 200 crore milestone will be breached in the coming week.