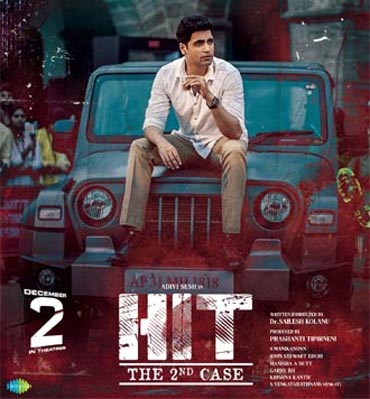 HIT 2 has yet again proved the box office pull of Adivi Sesh. The film registered stunning occupancies in its first weekend and is maintaining its momentum nicely. The latest news is that this Adivi Sesh starrer achieved breakeven in all areas. All the involved parties have seen profits before the completion of the second weekend itself.

The film has surprised everyone by dominating all the new releases at the box office yesterday. This Friday’s releases fell flat and HIT 2 has once again started attracting audiences. Today and tomorrow being Saturday and Sunday, the movie is expected to further rake in some huge amounts at the ticket windows.

This is the sixth consecutive hit for Adivi Sesh, and he has created a separate brand name for himself among the Telugu audience. Sailesh Kolanu directed this thriller which had Meenakshi Chaudhary as the female lead. Prashanti Tipirneni produced this crime thriller, and it is presented by Natural star Nani.