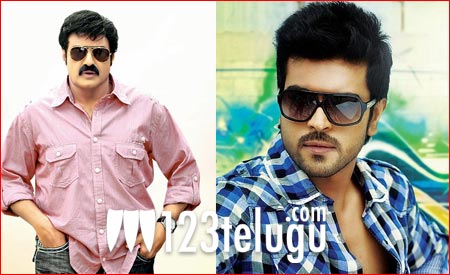 Recently, a lot of speculation has been on about the target of Balayya’s outbursts at the audio success meet of Sri Rama Rajyam. Some sections of the media said that Ram Charan Tej was the target and even came up with videos to try and support their claims. The very powerful words used by Balakrishna became an intense point of discussion in film circles.

Now Balakrishna has clarified that the target of his outburst is not Charan. “I have not scolded Charan Babu. Chiranjeevi is a dear friend of mine. My remarks were aimed at someone else and that person understands this.”

Balakrishna will soon be seen in the devotional magnum opus ‘Sri Rama Rajyam’.