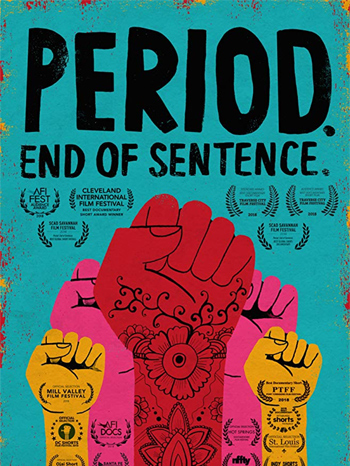 The much-awaited nominations for the 91st Academy Awards have been announced today and India has a nomination. Period. End of Sentence, a 26-minute documentary has been nominated in the Documentary Short Subject category.

Period. End of Sentence has been directed by Rayka Zehtabchi and Melissa Berton and produced jointly by Guneet Monga, Shaan Vyas and Mandakini Kakar under Sikhya Entertainment. Set in Hapur village in Uttar Pradesh, Period. End of Sentence is based around the stigma of menstruation in rural India. The film also features Pad Man Arunachalam Muruganatham.

The 91st Academy Awards ceremony will be held at the Dolby Theatre, Hollywood, USA on February 24, 2019.