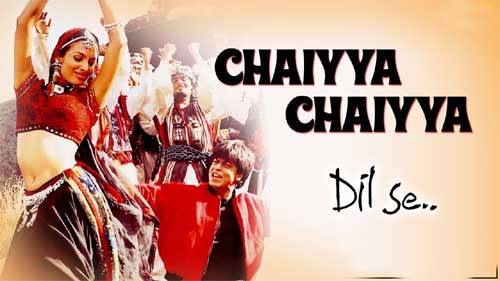 No one can forget the superhit Chaiyya Chaiyya song from Sharukh Khan’s Dil Se. The song was a sensation back then, and even now, there are fans for this dance number all over the country. Dil Se was directed by Mani Ratnam. More than the movie, the song was very famous.

The song was composed by Academy award-winning AR Rahman, and stunning beauty Malaika Arora sizzled in it. Interestingly, five actresses denied doing this song, and finally, Malaika Arora was selected.

The actress is making her OTT debut with the talk show “Moving in With Malaika,’ and director-choreographer Farah Khan graced it. She revealed that they considered Shilpa Shetty, Shilpa Shirodkar, and three other heroines for doing this song, but they refused.

While one expressed their worry about being on the top of a moving train, one was busy, and the others had their own reasons. Thus Malaika came on board, and the song went on to become a rage in India.