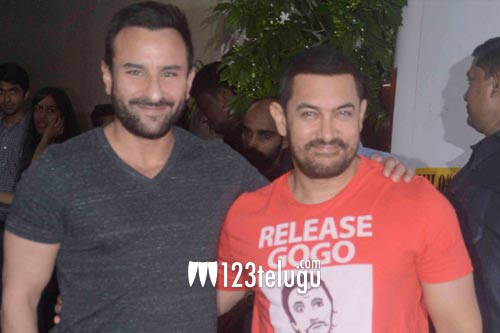 Madhavan and Vijay Sethupathi’s critically acclaimed action thriller, Vikram Vedha, released in 2017 and turned out to be a huge blockbuster. Ever since the film’s release, there have been numerous speculations about the film’s Hindi and Telugu remakes.

As per the latest buzz, leading Bollywood stars Aamir Khan and Saif Ali Khan are said to have agreed to reprise Vijay Sethupathi and Madhavan’s roles respectively. Pushkar and Gayathri, the directors who helmed the Tamil original, will also direct the Hindi remake. The name of the producer or the production house will be revealed soon. The Tamil version was produced by Y Not Studios’ Sashikanth.