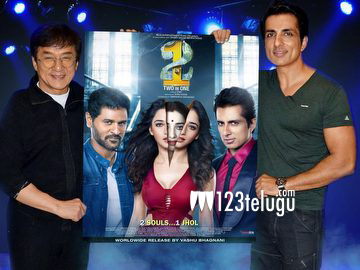 Tamannaah is currently awaiting the release of Abhinetri, a Telugu-Tamil-Hindi trilingual thriller. The film will be releasing on September 9th and Tamannaah will be seen in two different roles, one of a village belle and the other a modern girl.

It is already known that Sonu Sood worked with Jackie Chan in the Hollywood action film Kung Fu Yoga. Sonu became good friends with Jackie during the film’s shooting and the latter couldn’t say no when Sonu requested him to unveil the first look of his production.

Abhinetri, Devi(l) in Tamil, is directed by AL Vijay and produced by Kona Venkat in Telugu and Prabhu Deva, who is playing the main lead in the film, is producing the Tamil version.