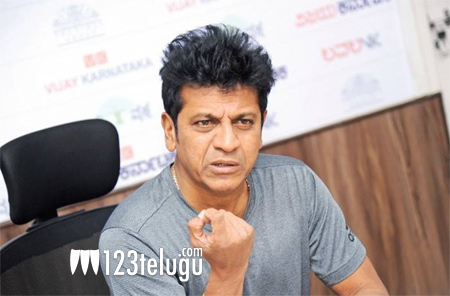 Sandalwood superstar Shivarajkumar, who was earlier seen in RGV’s Killing Veerappan and a cameo in Balakrishna’s Gautamiputra Satakarni, is all set to make a comeback in Tollywood. As per the latest updates, the star hero’s next film will be a bilingual and is will be made in Kannada and Telugu.

This as-yet-untitled film will be directed by a debutant Telugu filmmaker named Shiva Dhulipudi. The film will showcase Shivarajkumar in a never before seen avatar. Srikanth Dhulipudi and Srinivas Reddy will be jointly producing the film. The regular shoot will kick-start in September.