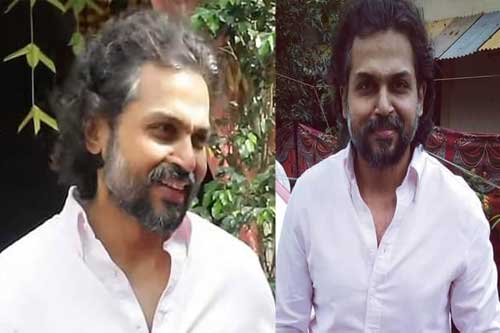 This latest look of hero Karthi has shocked and surprised his fans. A couple of pictures showcasing Karthi’s salt and pepper beard and slightly grey hair are going viral on social media since morning. These pictures were clicked during the launch of his brother Suriya’s new film as a producer.

On the movies front, Karthi is riding high such back-to-back successes of Khaidi and Thambi (Donga in Telugu). While his next film, Sultan, is gearing up for its release, Karthi will resume shooting for Mani Ratnam’s historical period magnum opus, Ponniyin Selvan, from January.