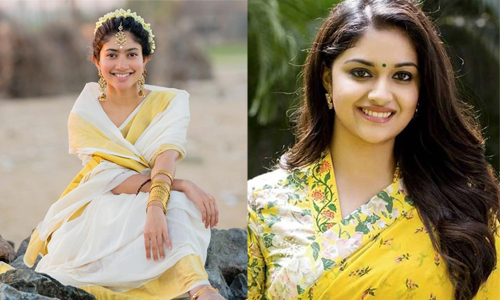 Sharwanand’s Aadavaallu Meeku Johaarlu is coming as Maha Shivaratri’s special attraction on February 25th. The film’s promotions are happening in full swing. Rashmika Mandanna plays the leading lady in the film directed by Tirumala Kishore and produced by Sudhakar Cherukuri under the SLV Cinemas banner.

AMJ’s theatrical trailer will be launched tomorrow at Shilpakala Vedika in Hyderabad. Actresses Keerthy Suresh and Sai Pallavi will be gracing the occasion as chief guests, inform the makers. The film actually portrays the greatness of women and inviting two actresses as chief guests for the trailer launch endorses the theme of the movie.

Tirumala Kishore penned a workable subject that will strike a chord with all sections of the audience. Sujith Sarang handled the cinematography, while Rockstar Devi Sri Prasad has provided tunes for the movie. Sreekar Prasad who won several national awards is the editor.