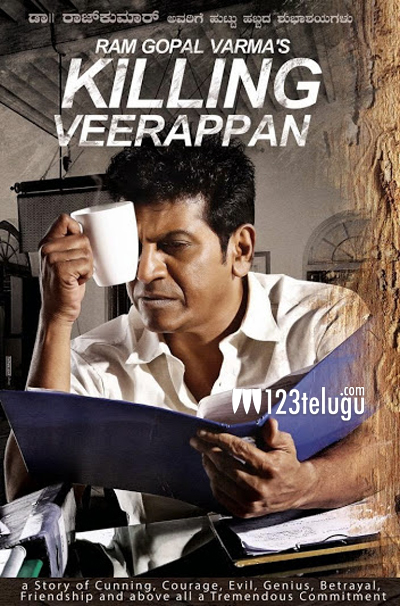 The first look of Ram Gopal Varma’s Kannada-Telugu bilingual, ‘Killing Veerappan’, has been received to a thumping response all over. It is already well known that Raj Kumar’s son and Kannada superstar, Siva Rajkumar, will be playing the lead role in the film.

As soon as the poster went viral, there was a huge roar in the Kannada media and every channel started promoting this flick. Shooting of this film has kick started in Bangalore.

‘Killing Veerappan’ traces the story of the man who shot the dreaded sandalwood smuggler, Veerappan, few years ago. RGV’s announcement of the film gained much prominence in the wake of the recent encounter of the red sanders smugglers in the Seshachalam Forests.