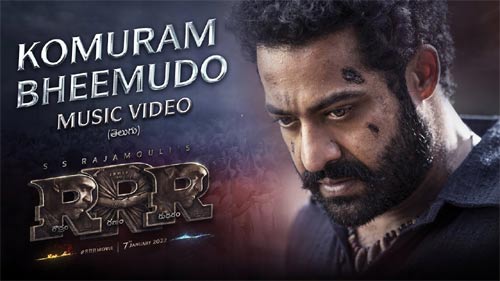 The promotions of RRR have caught on quite well and with each passing day, some new material from the film is being released.

Now, a special song called Koumuram Bheemudo has been released and it is quite hard-hitting, to say the least. Kaala Bhairava has crooned this song which is also shot on him in a special set.

More than the visuals, the singing of Bhairava impresses us and also gives an idea of how intense the character of NTR is going to be in the film.