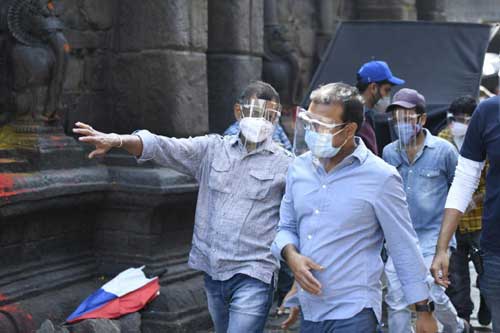 Just before resuming the film’s shooting, Megastar Chiranjeevi tested positive for Covid-19 which created a disturbance in Acharya’s shoot.

While many were expecting that the film’s shoot will not resume anytime soon, director Koratala Siva came up with an idea and resumed the shoot.

As per the sources, Koratala Siva started filming scenes that don’t require Chiranjeevi. News is also that Koratala is planning to wrap up all the other episodes in the ongoing schedule and be ready for Chiranjeevi and Kajal Aggarwal to join the cast next month.

Matinee Entertainments and Konidela Productions are bankrolling the film, jointly. Mani Sharma is the music composer for this social drama.