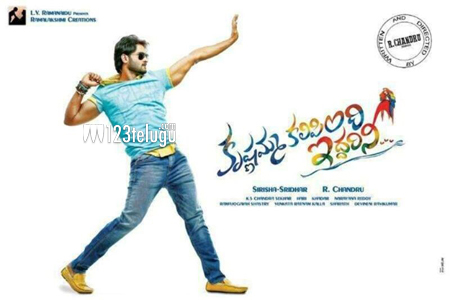 Sudheer Babu’s upcoming film Krishnamma Kalipindi Iddarini has completed all its shooting formalities. The audio will be launched on the 25th of this month in Vijayawada and the makers have planned to release their film in February second week.

Krishnamma Kalipindi Iddarini brings the hit combination of Sudheer Babu and Nanditha, from Prema Katha Chitram, back together. The movie is being directed by Chandru and Lagadapati Sreedhar is the producer.