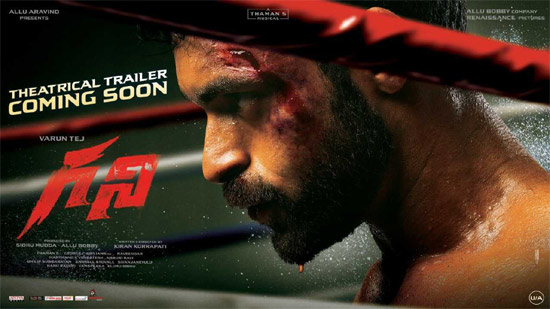 Mega Prince Varun Tej’s Ghani is in news again. Directed by Kiran Korrapati, the movie has Saiee Manjrekar as the love interest of the actor.

Today, the makers took to Twitter and announced that the movie’s theatrical trailer will be released very soon. To recall, the movie’s teaser has created a huge impact and raised expectations on the movie.

Star actors Upendra, Suniel Shetty, Jagapathi Babu and others are also a part of this movie. Produced by Renaissance Pictures and Allu Bobby Company, the movie has Thaman’s music. Ghani will be out very soon in theaters.