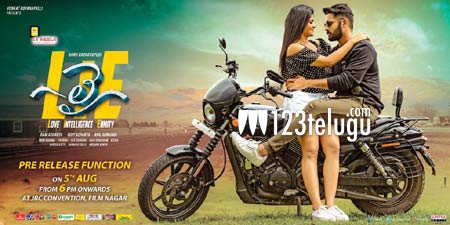 LIE, this Nithiin-Megha Akash starrer romantic action thriller is one of the most eagerly awaited movies in August. The film is releasing on August 11.

As per the latest updates from the film’s team, LIE’s pre-release event will be held on August 5th at the JRC Convention in Hyderabad. LIE will showcase Nithiin in a stylish, rugged avatar. Action King Arjun is essaying an important role in the movie.
Hanu Raghavapudi directed LIE and Gopi Achanta, Ram Achanta and Anil Sunkara produced it on 14 Reels Entertainment banner. Manisharma has composed the film’s music.