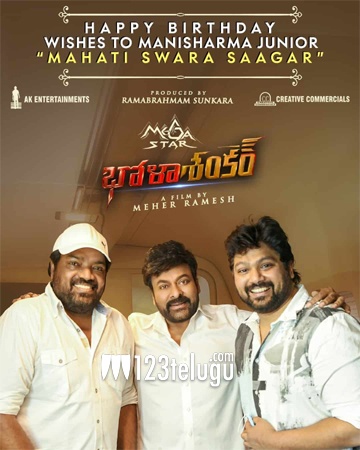 It is a known fact that megastar Chiranjeevi is doing a film called Bhola Shankar in the direction of Meher Ramesh and the film was also launched a few months back.

Now, the news is that none other Mani Sharma’s son, Mahati Swara Sagar has been roped in as the music director of this film.

This is a huge moment in the young composer’s career and if he manages to compose a hit score, his career will take a new turn. Anil Sunkara produces this film on his home banner.