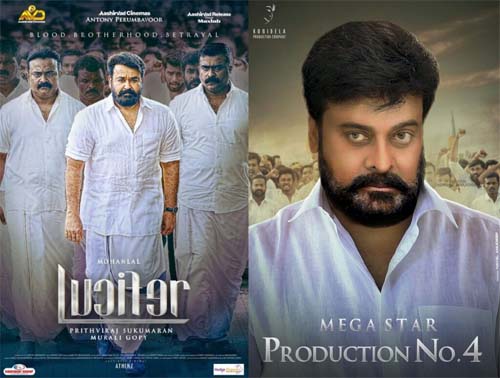 Megastar Chiranjeevi is all set to launch his much-awaited project, Lucifer’s Telugu remake, on the 21st of January. In this intense political drama, Chiru will be reprising Mollywood stalwart Mohanlal’s role. The film also featured young Malayalam star Tovino Thomas in a key role.

Until recently, there were several speculations that young stars Rana Daggubati, Ram Charan and Vijay Deverakonda were under consideration to step into Tovino’s shoes in Lucifer’s Telugu remake. However, the latest buzz is that Chiru and director Mohan Raja have taken a major decision to completely chop off the character from the story.

We will have to wait until the film’s launch to get more clarity regarding this news. Ram Charan and NV Prasad will jointly bankroll this exciting remake.