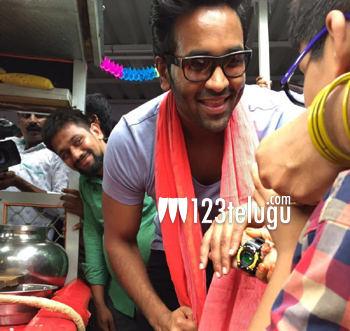 Hero Manchu Vishnu turned into a pani puri seller, for a good cause. The actor sold Pani Puri and Chat at a stall in Hyderabad, to support a social cause. The event was organised as part of Lakshmi Manchu’s ‘Memu Saitam’, which invites celebrities to come and work in everyday jobs, to support a needy family.

The show has been doing well and a number of families have received good support this way. Vishnu’s contribution and other details will be announced later, once the show goes on air. The actor scored a good hit with “Eedo Rakam Aado Rakam” sometime back.